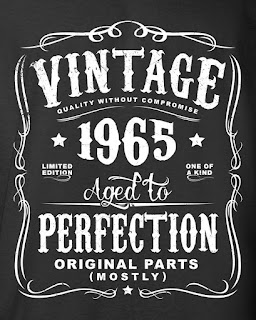 Another birthday is here and I find myself in the midst of that awkward, silent time that precedes the start of a new gig.  In less than a week, I will go to Vermont and spend the holidays playing wonderful Max Detweiler in "The Sound of Music."  It's a return to a role I love; to New England, where I spent the first half of my life... and most importantly, it places me two hours' drive from my Mom--which means we get to do Thanksgiving, and Hanukkah, and Christmas together, and even see in 2020.  Blessings.

I have been doing a look back over this 54th year of my life and it's been a time of some real struggle--financially, professionally, personally-- but also a period of growth and achievement, highlighted by a new trend of diversification in my work.


A year ago, the Big Apple Film Festival awarded me Third Place Winner in their Short Screenplay Competition for my script, "T."  This intense, surreal story of addiction also won Best Short Screenplay in the HollywoodJust4Shorts Competition.  My feature screenplay, "The Girl in Green," placed in the top 10% in the coveted Academy Nicholl Fellowship Competition and finished as quarterfinalist in the WeScreenplay Feature Competition. 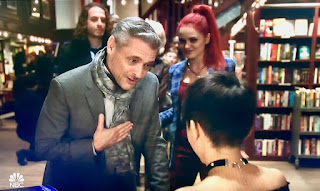 Last fall, I made my primetime TV debut in a tiny part on "Law & Order: SVU."  It felt like a huge achievement to finally join the "Law & Order" family--a rite of passage for a New York actor.  Since then, I have appeared in an episode of the HBO blockbuster "Succession."  Other interesting opportunities have come my way, including a super fun commercial shoot for the moonshine brand, Saint Luna--as the hipster bartender, I found myself featured as part of the branding for the company!

My private coaching business has been growing by leaps and bounds and in the best way possible: by word of mouth.  My talented and successful clients have been very generous, sending referrals my way and helping to build my business.  In the past year my clients have booked Broadway, national tours, television and film roles.  I've had amazing opportunities to work with folks like Zachary James on his Metropolitan Opera debut in "Akhnaten" and Josh Raff on his one man show, "Love-Love."


Goodspeed Musicals invited me back to lead a master class in audition technique for young people.  Always great to return to East Haddam, where Goodspeed continues to set the standard for musical theatre production and education.

I also launched a new venture with my teaching partner, Andrew Parks--a professional intensive for musical theatre performers called Rep Book Excellence.  This new approach to the selection and performance of audition repertoire had a great first round of classes and we are looking forward to bringing it back in 2020. 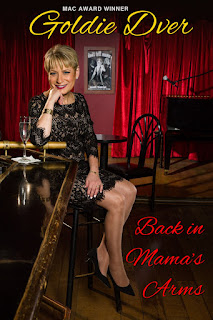 Returning to the world of cabaret as a director has been enormously gratifying and creatively exciting.  Crafting and directing Sierra Rein's solo debut act, "Running in Place," in collaboration with musical director Bill Zeffiro was a joy, and Sierra swept the awards this past year, winning both the Bistro Award and the MAC Award.  This spring, my dear friend Goldie Dver made her comeback after a ten year absence from cabaret with the show we created together, "Back in Mama's Arms."  The piece, an inspiring story of survival and optimism, has been universally embraced by the cabaret community and press and Goldie has confidently reclaimed her place on the cabaret scene.

Readings and workshops of new plays and musicals are something I try to be a part of as often as I can--one never knows what piece will go on to have a life.  I am fortunate that writers and directors have invited me to the party a few times this past year.

In January, Bill Zeffiro asked me to be in a reading of his musical "Houdini Among the Spirits," with stars Robert Cuccioli and Nick Wyman.  This summer I had a great feature in the reading of the immersive speakeasy musical "Whisper Darkly," co-written and directed by talented DJ Salisbury; and wonderful playwright Gordon Penn invited me to read the bombastic comic lead of President Juraslob in his play "Black Garden" at the Roundabout.

Two wonderful regional theatre productions highlighted this 54th year of my life and my 29th year in show business.  I escaped the winter and returned to one my favorite companies, Riverside Theatre, to play the delicious cameo of Hungarian charlatan Zoltan Karpathy in "My Fair Lady."  Superb production directed by Jimmy Brennan and starring husband and wife Higgins and Eliza Jimmy and Kristin Beth Ludwig.


With a week's turnaround following my time in Vero Beach, I flew off to TheatreSquared in Fayetteville, Arkansas to play drag diva Miss Tracy Mills in Matthew Lopez's "The Legend of Georgia McBride."  A play with such heart, directed with heart by Bruce Warren--and a company of such lovely actors with whom I became fast friends. We are slated to remount our production in 2020 at Virginia Stage Company.

Looking back, it's been quite a year and I feel really grateful, even while I struggle to make the bills, and line up work in a business that is precarious even in its best moments. I've been pretty much single for 13 years and I wonder if love will ever find me again.  Getting older makes one think about things like stability, savings, retirement... but in this business, to quote a song lyric by friend and collaborator Bill Zeffiro: "I'll retire when I'm dead."  Welcome 55th year--let's see what you have in store...

Mea culpa, dear friends.
As can often happen in life... life intervened, and the past few months since I closed "The Legend of Georgia McBride" in Arkansas have been, well, challenging--on personal and professional fronts.

Fortunately, the show business gods have smiled, and I will have the good fortune of seeing out 2019 not only doing the work I love--but doing a role I love.

I think all actors have a list of dream parts--a list we often keep close and secret, for fear of either jinxing ourselves, or wanting those plum roles too much; in a profession full of rejection, the chances of those parts passing us by are all too likely.  I have been luckier than most, and have been given some ultimate dream parts to play.  But to play one more than once?

Well, for the first time in my nearly 30 year career, lightning has struck twice!  I will be spending the holidays in Vermont playing the delicious role of Max in "The Sound of Music" at Northern Stage.  I had the good fortune of playing dear "Uncle Max" at North Shore Music Theatre in 2013--my first role at my hometown theatre, and my first production of many with brilliant director Jimmy Brennan. For my work, I was nominated for the IRNE Award, and I have to say it was one of my favorite shows to date.

Max Detweiler is a splendid flight of Oscar Hammerstein's fancy, placed in the midst of the true story of the Von Trapp Family.  Loosely based on a real life family friend--a clergyman and choral group promoter--Max serves many purposes in the plot of "The Sound of Music."  He is the urbane and witty friend of the Captain and confident to his love interest, the Baroness Elsa Schrader; he also provides the crucial connection for Maria and the singing Von Trapp children to the folk festival which serves as their way out when the family must escape the Nazis.

Max also serves another purpose--one lost in the film version of the musical which removed most of the politics of pre-fascist Austria and, along with them, Max's two songs: "How Can Love Survive?" and "No Way To Stop It."  The latter is a stinging indictment of the complacency and self-interest that allows fascist regimes to take root and thrive.  Max, whose interests are purely mercenary, nevertheless works with the Nazis--until he is faced with the reality that his good friends are under threat from his fascist friends.  That realization provides an immensely satisfying dramatic transition for an actor and I look forward to assaying it again.

As always, I am inspired by great actors and great performances of the past.  For Max, I have always thought of Claude Rains and his rascally performance as Louis in "Casablanca."  Charming, unscrupulous, unapologetically venal-- nevertheless, when it really counts, Louis does the right thing and begins his "beautiful friendship" with Rick, fighting the Nazi menace.

It's rather fun to note that Northern Stage, in the little town of White River Junction, Vermont, produces in its beautiful new venue, the Barrette Center for the Arts, on the site of what once was the Briggs Opera House.  In the early 1990s, I spent a Fall in this little whistle stop town, doing an ambitious rep of Joe Orton's "What the Butler Saw" with Jean Genet's "The Maids" as part of White River Theatre Festival--I think it was their one full season ever!  Northern Stage has become an artistic force, and the area has come a long way since that far away Autumn.  I am looking forward to seeing what it has become, and to being part of bringing the "hills alive" once more with "The Sound of Music," which plays at Northern Stage November 20 through January 5.