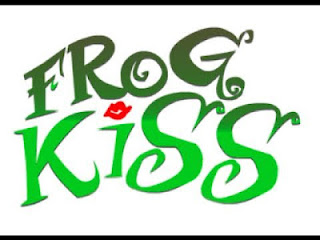 UP NEXT:
James Beaman plays King Frederick in the new musical Frog Kiss, having its first full production at Virginia Stage Company January 15 through February 3!

Well, show business may be a precarious life, but it is rarely dull!  Just before Christmas, I received an offer to join the cast of the new musical Frog Kiss.  I had auditioned for the production back in October during rehearsals for Guys and Dolls and for whatever reason, the actor they had cast as King Frederick in this hip, irreverent new take on the Princess and the Frog tale had to withdraw.  My offer came literally the night before rehearsals began!  No time to think about it-- so I jumped in.  Frog Kiss has been in development for several years, garnering rave reviews at the Edinburgh Fringe Festival as well as the New York Musical Theatre Festival.  The Virginia Stage production will be its first fully mounted production and I am thrilled to be a part of it.

The piece, by Charles Leipart and Eric Schorr, is a saucy take on a classic story, with a score that ranges from traditional musical theatre styles, to jazz, to hip hop.  The creative team, led by director Kenneth Roberson (Avenue Q), is made up of incredibly talented Broadway artists, and the design team is first rate.  I am playing the Princess' father, King Frederick, a befuddled but sweet hearted Dad who seeks the help of Taoist Masters to bring order and balance to his troubled kingdom.  It's a treat of a part and a delicious show, and there are few things more exciting than being part of the development of a new and promising piece.  We fly to Norfolk, VA to Virginia Stage Company on New Year's Day.  It's a wonderful thing to start the new year with a gig!  For more information on Frog Kiss, visit the show's website here.  Happy New Year all!
Posted by Jamie at 8:40 AM 1 comment: 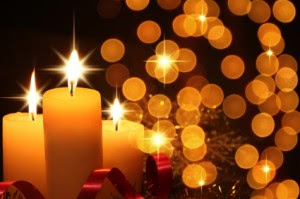 As 2012 hastens to its close, it's time for my annual holiday post, reviewing the events of the year and looking ahead toward the new year to come. 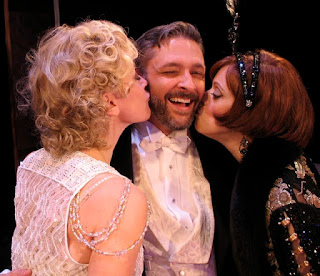 This was a year of changes, reevaluations and the beginning of wonderful new experiences in my life.  2012 started with an intense period of auditions, mainly for the summer season; these resulted in an offer for my third production on the mainstage at Goodspeed Musicals: the role of M. Lindsay Woolsey in MAME.  Mid-March I headed out to East Haddam, CT to begin rehearsals and spent most of the spring and summer enjoying the upbeat energy of this Jerry Herman classic, which was led by the remarkable Louise Pitre as Auntie Mame, and Judy Blazer as Vera Charles.  Judy and I became fast friends during the run of the show and that was just one of the blessings of MAME.  While I was in Connecticut, I also had the opportunity to coach some talented young actors, teach Pilates to the cast of the show, and complete the first draft of my feature length screenplay.

Once the show had closed, it was time for a period of rest, reflection and reconnection with family and friends.  I spent a week in Massachusetts at home with my Mom and family, catching up with my brother and his brood who were making their annual pilgrimage 'back east'.   I was delighted to learn that my niece Isobel has caught the acting bug and is the star of her high school!  After the family vacation I enjoyed a week on Fire Island, soaking up sun and sea and meditating on the various paths I want to pursue as an artist: performing, directing, teaching, producing and writing.

In early August, I went down to Washington, D.C. to perform in my fourth Bootleg Shakespeare production with Taffety Punk Theatre Company at the Folger Theatre.  This year we did the so-called 'bad quarto' of HAMLET, and I had the pleasure of playing the Ghost and the First Player.  Bootleg is always a jolt of energy and a renewal of the creative spirit and the performance was rapturously received.  I love the DC theatre scene and collaborating with my gifted friends there.

I was very excited to find a new community for classical theatre right here in New York, The Shakespeare Forum.  Started by Tyler Moss and his talented wife, Sybille Bruun, this amazing company offers classes and productions of Shakespeare as well as the invigorating and always uplifting weekly Forum, where artists from all backgrounds come together to explore the plays and ideas of Shakespeare.  I love being a part of this community and look forward to working with them more. 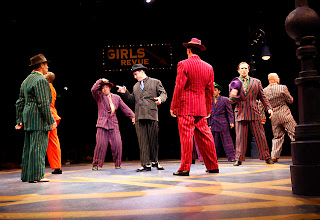 The fall brought me back to the musical theatre with GUYS AND DOLLS at North Shore Music Theatre, in my hometown of Beverly, MA.  I had long wanted to perform in this theatre-in-the-round, where I often went as a kid on school field trips to see theatre.  Our production of this Frank Loesser classic was an unqualified hit, garnering rave reviews, and I was tickled to be featured in the local media as the hometown son who made good!  I was spared being in New York for Superstorm Sandy, but all of us who had come up from the city to do the show watched with white knuckles as our beloved city was assaulted by this natural disaster.  Click here for one of the pieces on me, this one in the Boston Globe.

My creative work continued to expand this fall, with my return to the cabaret scene as director of an act for the talented Lianne Marie Dobbs, an extraordinary singer and music theatre actress making her cabaret debut.  The show, "Everything Old Is New Again," debuted at the Metropolitan Room to a sold out and rapturous audience, and Lianne and I plan to bring the act back soon.  Click here for video of Lianne in action!  In early December I returned to Goodspeed to teach, for the third year in a row, the Musical Theatre Audition Intensive.  30 talented high school students joined us for a jam-packed weekend where we introduced them to the process of preparing and executing their auditions for college theatre programs.  This marathon workshop has yielded amazing results, helping our participants to gain entrance to some of the finest training programs in the country, and has received a 100% approval rating from the students and their parents.  I am honored to be a part of its creation and development, and feel very proud of my work as a theatre educator--work that I hope to do more of in the new year.

As of now, my last project of 2012 will be a staged reading of George Bernard Shaw's SAINT JOAN, presented by Project Shaw.  I am thrilled to be a part of this evening, which will be graced by an incredible cast, including Fritz Weaver, Simon Jones, Tony Sheldon and Tony winner Nikki M. James in the title role.  I will be playing Brother Martin Ladvenu, a sensitive and beautiful role.  For more information and tickets, visit Project Shaw.

2013 is a blank canvas as of this writing.  I don't as yet have any acting jobs lined up, and the directorial, teaching and writing projects I am developing have yet to bear fruit.  But I keep pressing onward!  I am slowly executing the rewrites on my screenplay, trying to initiate a revival of an obscure but completely delightful musical comedy, educating myself on how to expand my opportunities as a teacher and coach, and recommitting to my first love of classical theatre.  My new love, Robert, has been dealing with some health challenges; and when someone you cherish is facing such things it has a way of putting things in perspective... the career angst, the financial woes and the personal problems seem to become much lighter when someone you care about is in a health crisis.  Fortunately, Robert is doing better and we are just taking one day at a time and taking nothing for granted.

My wish for all is that we remember how fleeting life is, how fragile it all is, and that we take the time this holiday season to reflect on our many blessings with the same energy we put into setting our new year resolutions.  I encourage you to celebrate the good things in your life, to give yourself credit for your accomplishments; to hold your loved ones close to you and express your love to them; and to give a little back to those affected by disaster and misfortune this year.  Here's to a beautiful 2013, full of great adventures, love and fulfillment.