"HOW TO SUCCEED" CASTING ANNOUNCED! 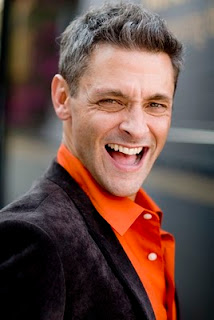 Goodspeed Musicals has announced the cast of "How To Succeed in Business Without Really Trying." I am excited to have the chance to work with such a talented cast, led by Ronn Carroll, a veteran actor and Goodspeed favorite who is reprising his role of Mr. Biggley, having performed it in the last Broadway revival starring Matthew Broderick. Playing the lead role of J. Pierrepont Finch is Brian Sears, whose Broadway credits include the recent "Lend Me a Tenor", "Finian's Rainbow" and "Grease."

The cast will also feature Natalie Bradshaw as Rosemary Pilkington (Natalie and I did "The Nutty Professor" readings together and she is adorable!); Nicolette Hart as Hedy LaRue; Erin McGuire as Smitty; Jennifer Smith as Miss Jones; Richard Vida as Mr. Twimble/Wally Womper; Aaron Serotsky as Bratt; plus, Jerry Christakos, Lianne Marie Dobbs, Sara Marie Hicks, Matthew Kilgore, Natalie Newman, Brian Ogilvie, Kristin Piro, John Scacchetti, Drew Taylor, Micki Weiner, and--ME. Tom Deckman, another "Spamalot" alum who was so brilliant on tour and on Broadway as Prince Herbert, will play Bud Frump. He has incredible comedic talents and I am looking forward to working with him!

I leave for East Haddam in about a week and a half and am looking forward to getting down to work!
Posted by Jamie at 11:48 AM No comments: