Success with "The Sound of Music" and Shakespeare in a Day 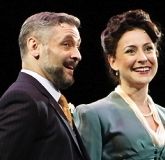 
"James Beaman raises the bar with his outstanding dramatic performance as exploitive Nazi sympathizer and Von Trapp's erstwhile friend-festival planner Max Detweiler, especially in the song "No Way To Stop It.'" --Chelsea Record

There's nothing I can say about "The Sound of Music" at North Shore Music Theatre but sublime. Wonderful, convivial cast, sensitive gentleman of a director, amazing orchestra, and sold out houses.  Performances had to be added to the run.  It was an unqualified success and I loved playing Max.  For a look at the B-roll video footage of the show, click here. 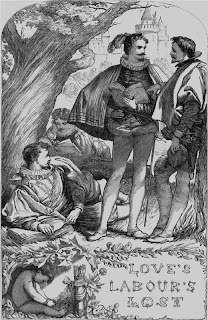 It's that time again!  The annual marathon that is Taffety Punk Theatre Company's Bootleg Shakespeare at the Folger Theatre in Washington, D.C.  This will be my fifth Bootleg experience; in previous years I played Posthumus in "Cymbeline", Theseus in "The Two Noble Kinsmen," Hubert in "King John," and last year I was The Ghost/First Player in "Hamlet: The Bad-Ass Quarto."

This year it's "Love's Labour's Lost," that delightful war of words, that battle of the sexes, full of wonderful Elizabethan wordplay and poetry.  I played Don Armado in my graduate thesis production at The Academy for Classical Acting, but this time I get to do Boyet, the right hand man to the Princess of France.  Boyet is wry, funny, and wise, and I have some of the best comedic Shakespeare set speeches in the canon.  I am working on learning the 180 lines of the role, and will head down to D.C. on Monday, August 5, where in one afternoon we will sketchily rehearse the play, working out entrances and exits, learning whatever choreography needs to be learned, and we are just wrapping up our work when the SRO audience is stretching around the Folger Library and then: it's off we go.  An almost entirely improvised production of Shakespeare, one performance only.  It's a terrifying and incredibly thrilling experience.  For more info, visit Taffety Punk here.
Posted by Jamie at 9:14 PM 1 comment: