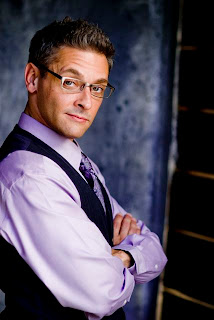 In a surprising turn of events, Goodspeed Musicals has invited me back to perform in their fall production of "How To Succeed in Business Without Really Trying." This is a classic of the musical theatre repertoire, a Tony and Pulitzer Prize winning hit, with a fantastic score by Frank Loesser. It is interesting timing that Goodspeed is producing the show, as it is going to have a Broadway revival next spring starring Daniel Radcliffe of Harry Potter fame.

I found it kind of ironic that I was offered the show, after having discovered (as detailed in an earlier blog post) that one of my costume pieces from "Annie Get Your Gun" had been made for Robert Morse, who was the original star of "How To Succeed...!" Maybe the vest was a magic talisman of sorts! However, I am not coming back to play J. Pierrepont Finch. 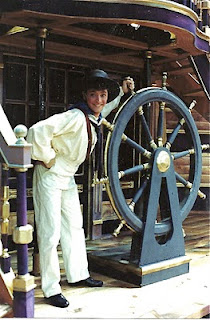 I am going to be playing the role of Mr. Gatch, one of the executives, and dancing and singing with the ensemble. This will be an interesting experience for me. 2010 marks my 20th year as a professional actor, and it will be exactly 20 years to the month I begin rehearsals for "How To Succeed" that I last performed as ensemble! It was 1990, and my last non-Equity job before I joined the union. I was in the ensemble and had a feature as Tommy Tucker, the cabin boy, in Huntington Theatre Company's production of "H.M.S. Pinafore."

So, this should be an interesting adventure. I went to be measured for the custom made 1960's menswear that will be built for me, which is kind of cool. I understand our director, Greg Ganakas, is inspired for this production by the hit TV series, Mad Men, so I expect we will be a snazzy lot. Stay tuned, more details, casting etc to come!
Posted by Jamie at 1:44 PM 1 comment: 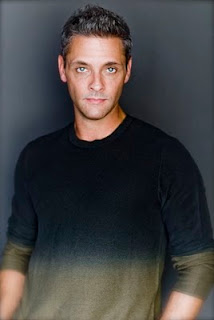 GOODSPEED MUSICALS INVITED JAMES BACK TO PERFORM IN "HOW TO SUCCEED IN BUSINESS WITHOUT REALLY TRYING!" THE PRODUCTION RUNS SEPTEMBER 24 THROUGH NOVEMBER 28 AT GOODSPEED OPERA HOUSE, EAST HADDAM, CT.


STAY TUNED TO THIS SPACE FOR MORE UPDATES AND JAMES' BLOG...!