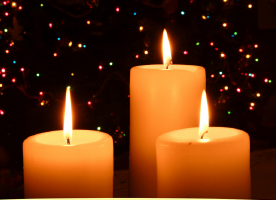 It is that time of year again, my annual holiday letter. I hope that as you read this you are making plans not only for a warm and festive season but also for what I hope will be a successful and joyous 2012.

2011 was, for me, a year of several firsts. The project that launched my year was the Off-Broadway premiere of "The Road To Qatar!", an original musical by David Krane and Stephen Cole. This was my first time originating a role in a new show and I got to play one of the leads! We presented the show at the York Theatre Company and it was, in every way, a love-in for the company, creative team and crew from the very first moment. 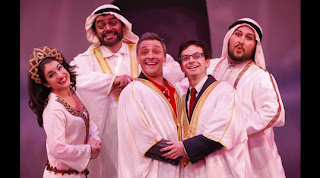 We just had a blast putting this kooky show together and we all loved working with each other. Unfortunately the press blasted the show pretty badly and it did not go on to have the life it deserved. But we did get to record an original cast album on Jay Records. This was another first for me, and the recording session yielded what I think is an album that's really fun and captures the spirit of the piece. I don't need to tell you how thrilling it was to see my photo in the booklet and to see my name on all those tracks! Click here to visit Amazon.com and read the great customer reviews for the CD.

Following "The Road To Qatar!" I did a showcase with Musicals Tonight of an obscure English musical from 1916--"Theodore and Co." by Ivor Novello and Jerome Kern, playing the randy aristocrat Lord Wye. Great cast of people and much fun. And the best thing that came of it was a friendship with my co-star Amy Arbizzani, a terrific performer and even more terrific person.

Summer brought the opportunity to play another randy aristocrat, Lord Evelyn Oakleigh, in the classic "Anything Goes," which I performed at Merry Go Round Playhouse in upstate New York. 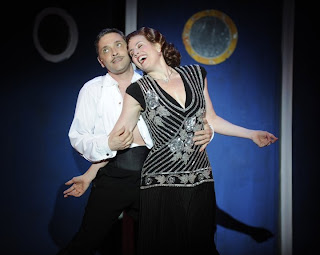 Evelyn is one of the great character parts of the musical theatre repertoire and I was lucky to get to play it opposite the super talented Julie Cardia as Reno Sweeney. It was also my first production at Merry Go Round and I look forward to returning there in the future.

In August I did my third Bootleg Shakespeare production with Taffety Punk Theatre Co. at the Folger Theatre in DC, playing Hubert in "King John." These one night only collaborations are such a thrill to do--the acting equivalent of bungee jumping--and I loved playing again with Marcus Kyd, Lise Bruneau and their stellar company. 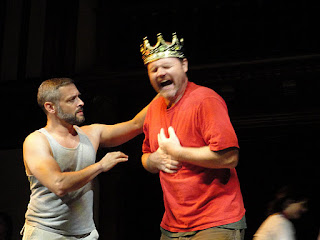 As summer wrapped up, I went to St. Louis to play the conniving Henri Labisse in "Victor/Victoria" at Stages St. Louis. 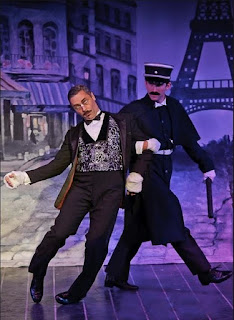 This was my first show at the theatre in 14 years and it was great to reconnect with the folks there and do a show that is rarely revived. It was a scrumptious art deco production and I had fun twirling my mustache and speaking in a French accent as thick as gruyere cheese.

I don't think any actor I know could complain about a year in which he played five very different and delightful roles. As often happens in this business, I returned to New York in October and faced a very uncertain future. Finances are tight, auditions few, and it can be difficult to keep a happy face. But I continue to put myself out there. I am trying to initiate some potentially exciting original projects, I am studying new skills, among them doing voice work for animation. I taught my Audition Intensive workshop for the second year at Goodspeed Musicals and am seeking more opportunities to coach and teach. And of course, the dream of finally working on Broadway continues to simmer just below the surface. For most of us, it is a matter of hanging in there, isn't it? And so, as 2012 quickly approaches, I am writing, shopping a project around that I plan to direct, and keeping my hat in the ring whenever and wherever I can. I hope that you will hang in there too and continue to follow your dreams, whatever they may be.

Best wishes to you and yours for a warm and beautiful holiday season and all the best for the new year to come.
Posted by Jamie at 8:23 AM No comments: