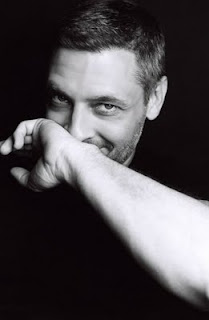 BEAMAN WILL PLAY HENRI LABISSE IN "VICTOR/VICTORIA" AT STAGES ST. LOUIS FROM SEPTEMBER 9 THROUGH OCTOBER 9!

"THE ROAD TO QATAR!" ORIGINAL CAST ALBUM HAS BEEN COMPLETED AND WILL BE RELEASED LATER THIS SUMMER!

Greetings friends! I hope you are enjoying your summer. Summertime can either be a busy time or a big slump for an actor, depending on what kind of summer theatre one has lined up for oneself. My summer is a mix of both. After the delight of making my Merry-Go-Round Playhouse debut in "Anything Goes," I returned home to enjoy some extended time off, during one of the slower times of the year for auditions, and I have taken advantage of the time to visit family and reconnect with friends.

Next week I will have the pleasure of doing my third Bootleg Shakespeare collaboration with the innovative Taffety Punk Theatre Company. This time it is "The Life and Death of King John," and I get to play the really powerful role of Hubert, a man who starts out as the henchman of a corrupt monarch and who find his moral center and his humanity by enduring a brutal ordeal. In true Bootleg fashion, this amazing company of actors will gather at 10AM on Monday, August 1 and spend the day staging the play, giving one performance for a packed audience. It is an electrifying experience for all that makes Shakespeare come alive in a way most people never imagined possible. For a look at this year's video preview, showing moments from last year's "Two Noble Kinsmen" click here.

A few weeks later, I will head out to St. Louis to begin rehearsals for "Victor/Victoria," the rarely produced musical based on the fabulous Blake Edwards film of the same name , which just happens to be one of my all time favorite movies. The musical marked the return to Broadway of the great Julie Andrews back in the mid-nineties, and I had the pleasure of seeing the opening night performance. The show is being produced by Stages St. Louis, where I had a wonderful romp playing the role of Jerry/Daphne in the musical of "Some Like It Hot," "Sugar." I am delighted to have the opportunity to return to the theatre to celebrate their 25th Anniversary Season. My role of the scheming Henri Labisse is a delicious character turn for me, a conniving and pretentious little man with an absurd French accent. I am looking forward to this art deco confection of a show, and of course I will blog about the process, so stay tuned!

And finally, I have been told that the final cast album mix of "The Road To Qatar!" is complete and is ready to be released along with a beautiful full color booklet including show photos, and notes and lyrics by Stephen Cole. I am told that it sounds great and I am both nervous and excited about hearing my first ever cast album. If you are one of those geeks who has to be one of the first to add this show to your collection, you can keep track of the release of it at the Jay Records website. And of course, I will eventually be putting tracks from the CD on my website's media page. It's a real joy to know that this fun show will have a continued life through this recording. I hope you'll enjoy it as much as I enjoyed performing and recording it!
Posted by Jamie at 9:22 AM No comments: