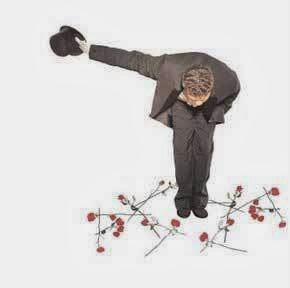 As the year draws to its close, I take the opportunity, as I do every year, to look back on the creative adventures I was fortunate to enjoy, and look ahead toward the year to come.

2013 was a year of new creative connections and partnerships, and a return to a few of my favorite theatre companies for more fulfilling endeavors.  The year started in Norfolk, VA, where I had the good fortune of playing the role of King Frederic in the world premiere production of the smart and sassy new musical, Frog Kiss. 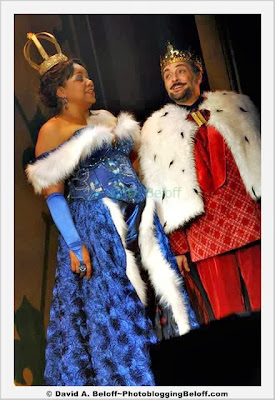 This fresh new show by Charlie Leipart and Eric Schorr swept the awards at the New York Musical Theatre Festival in 2010, and was no less rapturously received in our glittering production at Virginia Stage Company in January and February.  I was blessed to play opposite the extraordinary Aisha DeHaas, and to share the stage with talents like Curtis Holbrook, Stephanie Rothenberg, Preston Truman Boyd, and Katie Lee Hill, under the direction of Broadway veteran Kenny Roberson; and all of us were blessed to work for a truly visionary producer, Tamara Tunie.  While I don't know what lies ahead for Frog Kiss, I do know that it is a joyful, irreverent and entertaining new musical, NOT based on a movie, and deserves a Broadway production.  Hopefully with me in it! Click here for the show's official website, with production photos and video.

Come spring, I was welcomed back to my home town of Beverly, MA and North Shore Music Theatre, to play one of my 'bucket list' roles--the charming opportunist Max Detweiler in the Rodgers and Hammerstein classic, The Sound of Music.  There are certain roles that I am passionate about playing before my time on the planet is over, and Max was one such. 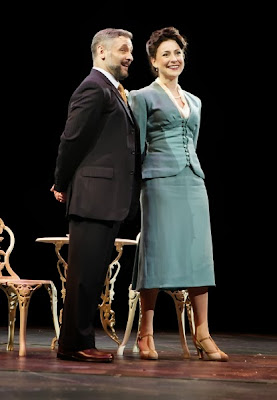 The real gift was to play him in a production of such taste, beauty and brilliance as the one I did at NSMT under the direction of gentle genius James Brennan.  Everything about the show was top notch, and that included a cast of true stars: from the beguiling Maria of Lisa O'Hare, to the elegant Von Trapp of David Andrew MacDonald, to the thoroughly lovely Elsa of Jacquelynne Fontaine and the majestic Mother Abbess of Suzanne Ishee. I very much expect to play Max again in future, but those future productions will have much to live up to!  See video glimpses of the show here.

In August, it was time for the annual Bootleg Shakespeare production by Taffety Punk Theatre Company at the Folger Theatre.  This was my fifth time performing in this theatrical event, and this year's play was Love's Labour's Lost, in which I was given the rakish and witty Boyet to play. 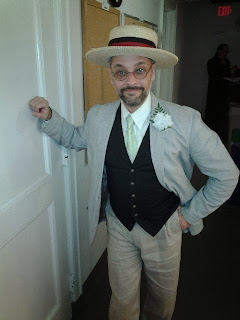 As with every other Bootleg production, we actors were assigned our roles weeks in advance, did all our text work and memorization, and arrived at the Folger at 10AM on the day of the one public performance for a dizzyingly fast day of rehearsal and staging.  The SRO crowd was treated to a fresh, spontaneous and electric rendition of this classic battle of the sexes, performed by T-Punk company members supported by artists from the talented DC theatre community and a few out of towners like me.  As always, it was a fulfilling, joyful and satisfying affirmation of the power of the Bard and the collaboration possible between theatre artists.

Right after I returned from DC, I auditioned for the wonderful DJ Salisbury for a production of Buddy: The Buddy Holly Story.  DJ had helmed a record-breaking production of this jukebox musical for Ogunquit Playhouse the season before, and the theatre was bringing it back, in a co-production with Gateway Playhouse on Long Island. I was cast in the dual role of 'Hi-Pockets' Duncan, Buddy Holly's mentor, and the Clear Lake Emcee, an over the top queen who hosts the final concert wearing a red pompadour and a plaid tux jacket.  We ran the show first in lovely Bellport, L.I. at the Gateway, an old school summer theatre that even resembles a red barn.  I immediately fell in love with my fellow castmates, all of them incredibly talented actor/singer/musicians and we had a great time playing to sold out houses in between barbecues, beach trips and bowling tournaments (click here for a video feature on the Gateway production).  At Ogunquit, we enjoyed the same rapturous audience response and watched the seasons gloriously change in that magical part of southern Maine.

In the midst of all this performing activity, I also had the pleasure of directing a cabaret act for talented singer Lianne Marie Dobbs, which had great runs at the Metropolitan Room throughout the season. 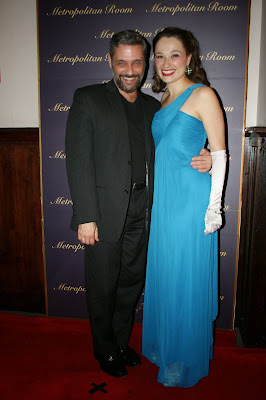 The show, "Everything Old Is New Again," features fresh takes on the American Songbook by this polished singer/actress who channels the spunk and smolder of the great ladies of yesteryear.  I am very proud of the collaboration with Lianne and her musical director, Bill Zeffiro, and I am thrilled to announce that Lianne is completing work on her debut album of songs from our show! Visit Lianne's website for reviews and to download preview tracks from the new album.

Ever on the search for a better way to bring in the bucks during the downtimes between shows, I have been building a business as coach for performing artists.  My coaching work runs the gamut from helping actors build a repertoire of audition pieces, to coaching audition sides and songs, to assisting college hopefuls with their audition presentations.  I have also had the pleasure of working with actors on the shows I do out of town, coaching their audition videos and helping them prepare for callbacks on their days off.  I am so excited to contribute to other artists this way, and to bring together the many strands of experience and training I have gathered over the last 25 years.  Many of my actors have booked roles, achieved admission to conservatory training programs, and been invited to callbacks on Broadway productions.  I have become one of a stable of top notch coaches on the new web resource for performers, Coach Me NYC.  There, performers can view profiles of coaches, read reviews from satisfied clients, and book sessions.  Watch this space for the launch of my new website exclusively for my work as coach and director!

As of now, 2014 is a blank.  Some might view this uncertain future as scary;  I prefer to think of it as rife with possibility.  Having dedicated the past several years to building a strong career as a stage actor, I am pursuing ways of breaking into film, TV and web series.  With the help of some wonderful mentors within the college theatre community and with resources from the Actor's Work Program at the Actor's Fund, I am gathering my credentials as a theatre educator while coaching performers and gaining valuable experience.  And along with this activity, I am doing re-writes on my feature length screenplay, and shopping around a musical which I have high hopes of directing in the near future.  Expanding my creative outlets and job opportunities is priority one for the new year, and I look forward to the possibilities!  For now, may I wish you and yours a warm and joyous holiday season, and an abundant and exciting 2014!