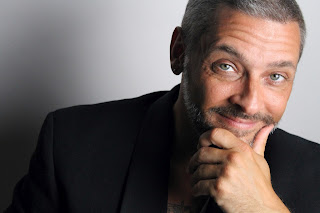 It has been a couple months since I updated you on my creative doings so I thought I would catch you up!  Here's what has been going on since I closed "Mame" at Goodspeed Opera House, and what is on the horizon:

I performed the role of The Ghost/Lead Player in "HAMLET: The Bad-ass Quarto" with Taffety Punk Theatre Company at the Folger Theatre, Washington, DC on August 4.  This was the annual Bootleg Shakespeare production and it was rapturously received by the SRO audience at the Folger.

Stunning vocalist Lianne Marie Dobbs has asked me to direct her first solo cabaret act here in New York, entitled "Everything Old Is New Again," premiering October 22 at the Metropolitan Room.  This is an evening of re-imagined standards from the Great American Songbook and I am delighted to return to my cabaret roots to help launch the nightclub career of this fine singer.

On October 4, I had the pleasure of performing a reading of the new musical "Merman's Apprentice."  Written by Stephen Cole, the author and lyricist of "The Road To Qatar!", the piece I starred in last season Off Broadway, this is a valentine to the Broadway musical and a tribute to his friend Ethel Merman, played wonderfully in the reading by Klea Blackhurst.  I read the role of Marvin, David Merrick's harried assistant, and I was so excited by the way this charming piece was received.  Click the title above for the show's Facebook page and 'like' it for future updates on the progress of the project. 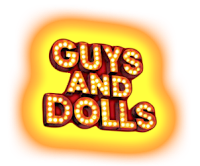 On October 16, I begin rehearsals for "Guys and Dolls" for North Shore Music Theatre, in my hometown of Beverly, MA.  This will be at long last my debut at this theatre, where I went as a child on school field trips!  I am thrilled to be coming home and performing where my family and childhood friends can see my work.  I will be playing Rusty Charlie, and understudying the roles of Benny Southstreet and Nathan Detroit.  "Guys and Dolls" runs October 31 through November 11.


I will return to Goodspeed Musicals the weekend of November 30-December 2 to teach the Musical Theatre Audition Intensive for my third year at this prestigious theatre.  The weekend workshop, which I helped create, prepares high school aged students for their upcoming college theatre program auditions.  The Intensive has had spectacular results, helping our talented young artists gain admission to some of the country's finest theatre programs, and has a 100% approval rating from participants and their parents.  If you know a talented young actor who would benefit from the workshop, click here for more information on the Intensive, on the Goodspeed website.

In other news, I am into rewrites on my first full length screenplay, "The Girl In the Green Dress," and am excited about the progress I am making.  This is a period piece set in early 19th century New York, a dark tale of desire and murder based on true events.  In addition to this creative project, I am working on readings of two other pieces which I hope to have a hand in producing, and am developing a concept for a production of a Jacobean tragedy that I want to direct and act in.  Details to come...!

Wishing you a spectacular fall!  Tune in for more updates on my creative journey to come.