A Neil Simon Comedy and an American Classic! 2014 Begins! 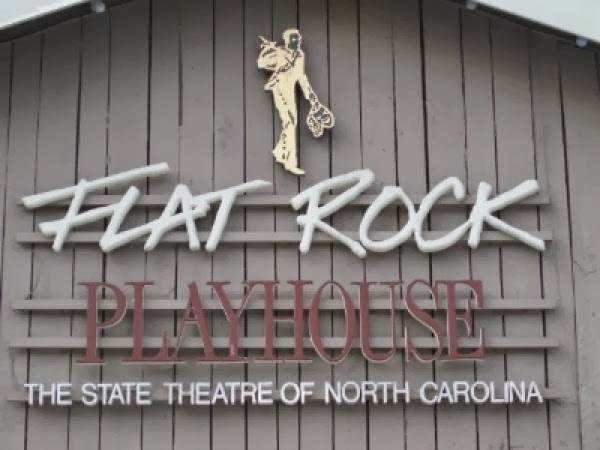 On March 17, I will fly out to Flat Rock, North Carolina to begin rehearsals for the hilarious Neil Simon play, Laughter on the 23rd Floor, at Flat Rock Playhouse, the State Theatre of North Carolina.  This will be my first time at the theatre and my first non-musical play in years.  Laughter on the 23rd Floor is drawn from Neil Simon's memories of being a young writer in the 50s on Sid Caesar's "Show of Shows," one of the pioneering television comedy programs.  The play is populated by hysterical, one of a kind characters including the manic genius, Max Prince, based on Sid Caesar himself.  I will play the part of Milt Fields, a dry, down to earth jokesmith who gets to deliver many of the play's best punch lines.  I am excited to bring to the part my love of classic comedy and the flavor of my Jewish heritage, so much a part of this character and the piece itself.

Laughter on the 23rd Floor will be directed by Michael Kostroff, a talented actor whose work I have admired for many years now and who is best known to audiences as lawyer Maurice Levy on HBO's "The Wire."  Michael has played Milt Fields in a few productions of this play, so it will be a really special thing to be directed by him and I am greatly looking forward to digging in!  Laughter on the 23rd Floor plays from April 5th through the 19th. 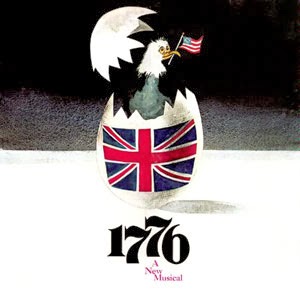 I am also excited to announce that I will get to play one of my dream roles this summer.  I don't think there is an actor alive who doesn't hold in his heart a list of parts he dearly wishes to play before his career is over.  For me, John Adams in the Tony winning musical 1776 tops the list.

In 2007, while working at Alabama Shakespeare Festival doing a repertory of the War of the Roses plays, I was offered an audition for the role of Adams for Goodspeed Musical's production of 1776. I flew myself home and threw myself into the audition process with abandon.  I have so much in common with Adams, as depicted in the play: small of stature, from Massachusetts, with a bellyful of passion and determination, this central part just speaks to me in a way that few roles do.  The part was originally played by the great William Daniels, an actor I have always admired.  Needless to say, I had high hopes for the Goodspeed production, but alas, they 'went another way.'  In love with the part as I was, I pursued every production I could get seen for, from Ford's Theatre to American Conservatory Theatre, from Pittsburgh Public to Paper Mill Playhouse.

This year, the legendary Cape Playhouse is producing the show, under the direction of James Brennan, who was the wonderful director of North Shore Music Theatre's The Sound of Music last season, for which I have been nominated for an IRNE Award for my performance as Max Detweiler (another role on the bucket list).  I feel so incredibly lucky to have won the part of John Adams at last for this production, and to be guided by Jimmy Brennan, who has had his own considerable success playing the part.  The Cape Playhouse production of 1776 runs from July 7-19 and I intend to savor every performance!
Posted by Jamie at 5:15 PM No comments: