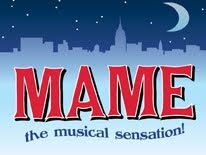 I have not posted an update since the holidays, which will give you an indication of how very quiet the winter has been in my corner of the theatrical industry! But things are looking up.

Next month, I will return to Goodspeed Musicals in Connecticut to play the role of M. Lindsay Woolsey in the Jerry Herman classic, MAME. This will be my third production with Goodspeed and I am delighted to continue my relationship with this prestigious theatre. The production will be directed by Ray Roderick and choreographed by Vince Pesce; I have not yet worked with either of these esteemed gentlemen and am excited to do so. As of this writing, the full cast has not been announced, but Auntie Mame herself will be played by Tony nominee Louise Pitre, of MAMMA MIA! fame, and Mame's 'bosom buddy' Vera Charles will be played by the incredible Judy Blazer. I have admired Judy's work since seeing her in TITANIC, and I look forward to working with this Broadway veteran. For the Playbill item on Ms. Pitre's casting as Mame, click here.

Lindsay is an interesting supporting part. He appears very briefly in Patrick Dennis' novel of "Auntie Mame;" he is Mame's publisher when she decides to write her memoir, entitled "Buffalo Gal." 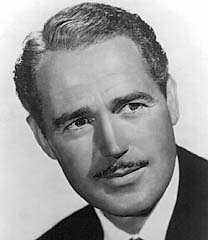 The writers of the play adaptation of the Dennis novel (which starred Rosalind Russell on Broadway and in the fantastic film version), Jerome Lawrence and Robert E. Lee, decided to make Lindsay a constant supporter in Mame's life, an admirer who sticks with her through thick and thin and who eventually marries Mame at the story's end. The role was created in the play and film by the elegant Patric Knowles, and was played in the original cast of the musical by George Coe. I look forward to bringing some suavity of my own to the role!

This will be Goodspeed's first production of MAME, and they seem to be pulling out all the stops in the glamour department. For costumes, they have brought in Gregg Barnes, most recently represented by his glorious designs for FOLLIES. To get a taste of Auntie Mame's extensive wardrobe, click here for an online gallery.

MAME will play April 20 through July 7 at the beautiful and historic Goodspeed Opera House. For more information on the production and to get your tickets, click here for the Goodspeed website.
Posted by Jamie at 10:59 AM 1 comment: